Covid19 can’t be used as an excuse to stop access to children. 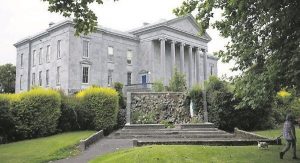 A mother has been accused of using the Covid-19 pandemic as an excuse to deny her ex-partner access to their son.

Solicitor for the father, Frank Doherty made the charge at the Family Law Court in Ennis today after stating that his client will have been denied access to his son 26 times during April and May.

Earlier this month at the family law court before the 2km Covid-19 restriction was introduced, Judge Mary Larkin directed that the mother provide access of their 12-year-old to his father before today’s court date.

The couple are estranged and live a number of miles apart at different houses in Co. Clare and Judge Larkin warned the mother: “I have no difficulty sending someone to jail for breach of access. This is a breach of a court order and you have to comply with court orders.”

The mother told the court that she was denying access because “the HSE is telling us not to mix with other people – that is why I am protecting my family from people coming into my house from other houses”.

In court today, the mother stated that she tried to provide access last Friday, April 10, but at the planned handover at an Applegreen service station, she said that her son was upset and didn’t want to go with his father.

The mother denied that the access is not occurring as a result of Covid-19 and said that her son doesn’t want to see his father.

The father today accused the mother of trying to video the Applegreen encounter on her phone and the mother denied trying to do so.

In her order, Judge Larkin has ordered that until the lifting of the Covid-19 lockdown on May 5, the boy and his father are to have daily ‘Facetime’ access.

Judge Larkin said that after the lockdown has been lifted, the father is to resume access and all of the access days lost over recent weeks are to be made up over the Summer.

Judge Larkin told the boy’s mother: “You are not promoting a relationship with his father…. I’m not really satisfied that the grounds of refusing access are credible.”

“It occurs to me that this is a case of parent alienation.”

Parental alienation describes a process through which a child becomes estranged from a parent as the result of the psychological manipulation of another parent.

Judge Larkin said: “A child of 12 should not be estranged from either his mother or father and I am seriously concerned about this child’s ongoing mental health if this continues.

“There is huge psychological pressure on this child.”

“I feel really, really feel sorry for this child. He is a complete victim of his parents’ incapacity to act as parents and to put the interests of their child first and not always think ill of the other.

“This is a child who very much needs his parents to stop it. The saddest thing is neither of them can see that the ultimate damage is being done to this child and whether it is irreparable at the moment, I can’t decide.”

“Can’t you both not see how the toxicity of your relationship has damaged and poisoned your child in his adolescence?”

The court heard the ongoing issues between the parents concerning their son commenced in 2011 when he was aged just two and Judge Larkin said: “If it continues I will get the Child and Family Agency (CFA) involved because I am concerned about the child’s mental health.”

Addressing the attempt at court ordered access last Friday, Judge Larkin told the mother: “The effort at access of winding down the window of a car is totally inappropriate and bound to be unsuccessful.”

Addressing the mother, Judge Larkin said: “When your son says ‘I don’t want to see Daddy’ did it ever occur to you to say to him ‘you’re a child, you do what you’re told and don’t go on about your father like that’? You have to assert yourself. You are the parent and he is the child.”