At the moment in Ireland there is a lot of talk about changing the time limits for making an application for a Divorce.

The couple must be living apart for a period of 4 years out of the previous five years before the Application can be made to Court for a Divorce.

As I act for a lot of clients who are going through a divorce, I have often asked how they had felt about this condition.  The vast majority do not agree with same and feel that it would be much better and less stressful if they were able to divorce after a shorter period of time for example 2 years.  This would allow them to move on with their lives without having this restriction of waiting for an unreasonable amount of time when there is no prospect of the parties getting back together.

In reality they may have met new partners at this stage and may wish to begin a new life which may very well involve re-marrying.   A lot of my clients also feel that a shorter period of 2 years for example would create more stability for the children when the issue of “The Divorce” has been finalized once and for all.

The Parties can be living apart but still residing in the same dwelling-house. In those cases the Court usually hear evidence in terms of the parties leading completely separate lives for example sleeping apart, dealing with their own finances and caring for the children separately.  Quite simply during the recession people could not afford to move out and incur the additional costs of rent. That circumstance has now changed over the last year or two and people are now effectively in a positon to either sell the existing family home or one party moves out and rents or buys an additional property.  This creates more certainty for the parties and again reducing the time to a shorter period of 2 years would again assist the parties in resolving matters more quickly. 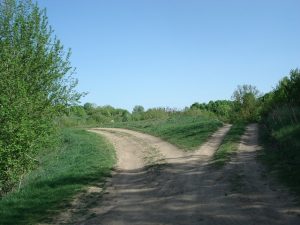 Practical side to possible change in Divorce Law

Of course the Divorce not alone deals with the dissolution of the marriage but would also deal with the practical issues that most families have to deal with to include;

A reduction to 2 years may also be more cost effective for parties.  At the moment they may very well apply for a Separation through the Courts once the parties have lived apart for a minimum period of one year and then they apply for a Divorce several years later.  If the time limit was reduced sufficiently this may very well lead to a situation where the parties do not have to apply for a Judicial Separation and can simply wait for the Divorce Application.

The Change to Divorce Law will Require a Constitutional Referendum

I understand that Fine Gail TD Josepha Madigan has proposed to reduce this waiting time to 2 years out of the previous 3 years that the couple have lived apart.  There is no doubt that the number of divorces have been slowing increasing since 2015.

Times have certainly changed since the introduction of the Divorce Act 1996. Certainly my clients feel that the practical implications of this 4 year rule are proving awkward to say the least for those who are simply stuck in a situation where the marriage has broken down and there is no prospect of getting back together and the parties need to move on.  Most of my clients feel that the idea of even going to Court for a separation or divorce is daunting to say the least without the added complications of prolonging this process.  I don’t think anybody is advocating a marriage breakdown. It still appears that Ireland has one of the lowest marriage breakdowns in the world.

The proposed amendment envisages that the other constitutional protections dealing with the Divorce would remain in place if the referendum is passed. These include a requirement that there is no prospect of reconciliation between the parties and that proper provision exists or will be made for spouse and children in the event of a Divorce.

“The government has announced the establishment of the referendum commission for the upcoming vote on reducing the waiting time for a divorce from four years to two.

Under the proposed legislation, which will need a constitutional referendum to pass in order to be enacted, the time spent living apart by couples before becoming eligible for divorce will be cut from four years out of the preceding five to two years out of the previous three.”

“The Government has set up a commission to provide information on this summer’s referendum on divorce waiting times and encourage the electorate to vote.

In May, voters will be asked if they want to hand power to politicians for setting the “pause period” before a couple can formally end their marriage. At present, a couple seeking a divorce need to live apart for four or five years.

The people are to be asked if the minimum “living apart” period should simply be removed from the Constitution, with the Oireachtas given responsibility for setting the term through legislation.”

Contact us now with your query and see if Doherty Solicitors are a suitable match for you. Take the opportunity to discuss your legal issue and see first hand our professional friendly approach.

All queries are dealt with in the strictest of confidence.